5 November 2021 | Medienmitteilungen, Year of the Rail

A Europe-wide social partner agreement is intended to improve working conditions for women at all European railways, with the goal of increasing the proportion of female employees. As the Swiss representatives to the Europe-wide negotiations, SBB and SEV, the Swiss Transport Workers’ Union, worked hard to bring about this agreement.

The European social partners in the rail sector – the trade union umbrella organisation the European Transport Workers’ Federation (ETF) and the Community of European Railway and Infrastructure Companies (CER) – started negotiating the Women in Rail (WiR) framework agreement around three years ago. In his capacity as ETF Railway Section President and head of the ten-person ETF negotiating delegation, SEV President Giorgio Tuti played a decisive role in this process.

For its part, SBB, as a member of the CER and under the leadership of Markus Jordi, Member of the SBB Management Board and Head of Human Resources, has been initiating dialogue between the European social partners for several years. During the WiR negotiations, SBB set up agreements among the HR heads of the most important railways, including DB, SNCF and ÖBB. In the final phase of negotiations in June 2021, both SBB and SEV played a significant part in reaching a successful conclusion. The agreement was signed jointly by CER and ETF today in Brussels (cf. media release ETF under this link: https://wp.me/paiG0l-3wv; media release of the CER: http://www.cer.be/media/press-releases/women-rail-agreement-signed-and-ready-implementation).

The main objective of the Europe-wide Women in Rail agreement is to improve the working conditions of women in terms of equality in order to increase the proportion of female employees in the railway sector. In concrete terms, the signatory parties want to achieve better conditions for women – in particular by means of fair pay, a strong focus on health and safety at work, career advancement and prevention of sexual harassment. “This is also urgently needed, since railways will be hugely dependent on female workers in the coming years – especially younger women, given that around 40% of railway staff will retire by 2035,” explained Giorgio Tuti. “Added to that is the fact that railways’ staffing needs will increase because, as a climate-friendly means of transport, rail will hopefully transport more passengers and goods in the future.”

This is the first successful agreement resulting from European social dialogue in the railway sector since an agreement was reached on the cross-border deployment of railway staff 15 years ago. Both the European railways and their trade unions are bound by the WiR agreement.

SBB is on the right track on equality

Across Europe, currently only 21% of workers in the rail sector are women. SBB has continually increased the proportion of women in its workforce in recent years and will continue to do so by implementing targeted measures. At present, just under one fifth of its workers are women. Markus Jordi, Head of HR at SBB, said: “SBB is already firmly on the right track with most of the objectives of the agreement. In 2019, we adopted our diversity principles, which include promoting part-time work and job-sharing at all levels of hierarchy. Similarly, SBB is aiming for a more diverse management team with our 2025 Diversity Ambitions. The goal is to have two or more women represented in each management team, and to have multilingual management teams from the business unit level up.”

Since then, numerous business units have addressed the topic of diversity and its relevance in depth and have identified areas for actions specific to the unit. SBB organises dialogue on equality in various forms. With regards to equal pay, SBB is also very much on the right track and holds the University of St. Gallen’s ‘We Pay Fair’ label. However, there is still potential for improvement, for example on the questions of work-life balance and career-family balance. In addition, SBB would like to improve uptake of part-time roles and job-sharing in management positions.

The Community of European Railways and the European Transport Workers’ Federation will support the implementation of the agreement by means of a project. The status of implementation will be reviewed for the first time in two years at the latest.

> Photos of the signing ceremony on 5.11.2021 (Source: CER/ETF) at this link: https://www.cer.be/media/picture-galleries/signing-ceremony-european-social-partner-agreement-women-rail

3) At the WiR negotiations, the ETF delegation of ten was led by Giorgio Tuti, President ETF Rail Section, and Sabine Trier, ETF Deputy General Secretary - both seen here at the signing. 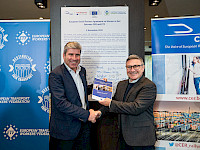 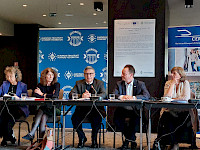 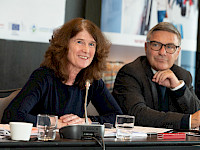 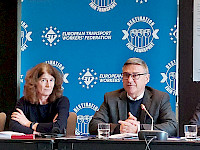 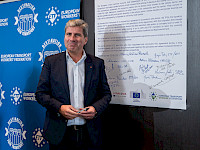 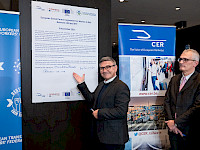 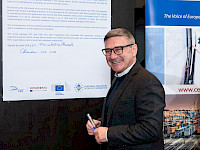 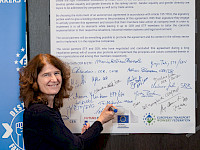 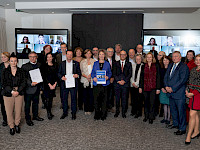 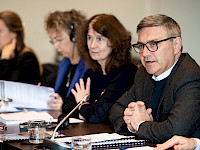 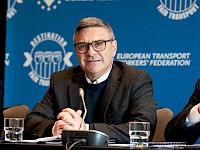 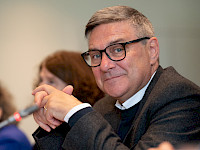 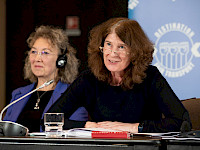 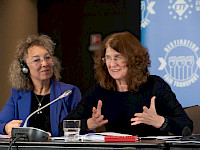 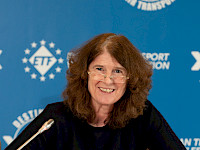 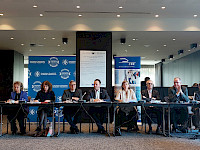 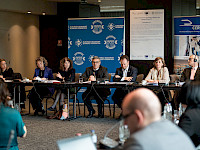 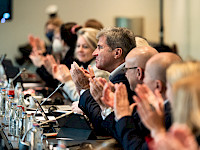 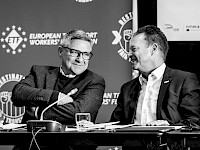 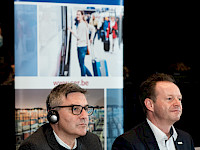 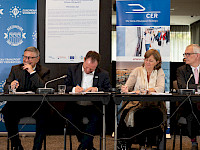 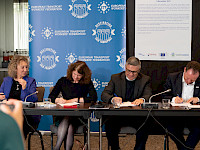 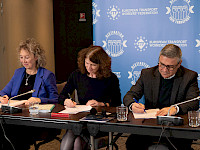 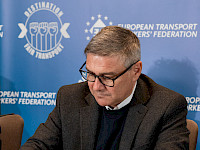 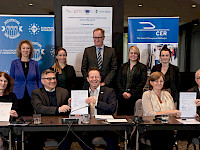 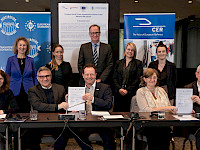 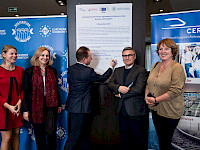 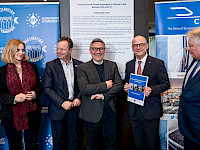